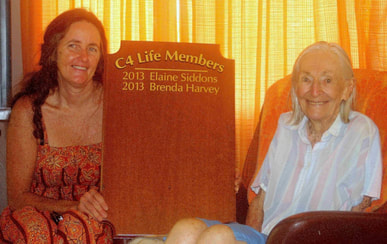 Elaine Siddons (right in photo) was on the spot when C4 started in the late 1980's, when it was incorporated in 1994 and when it began campaigning to save Lot 66. Until last year she was a member of the management committee and membership coordinator.

In recognition of her contribution as the longest-serving committee member, Elaine was elected as our first Honorary Life Member.

Former president, Brenda Harvey, who was a founding member and a key figure through many years of C4 activity, has also been made an Honorary Life Member. Brenda's daughter Rhona Harvey is on the left in photo above. The Honour Board is made of recycled silky oak. 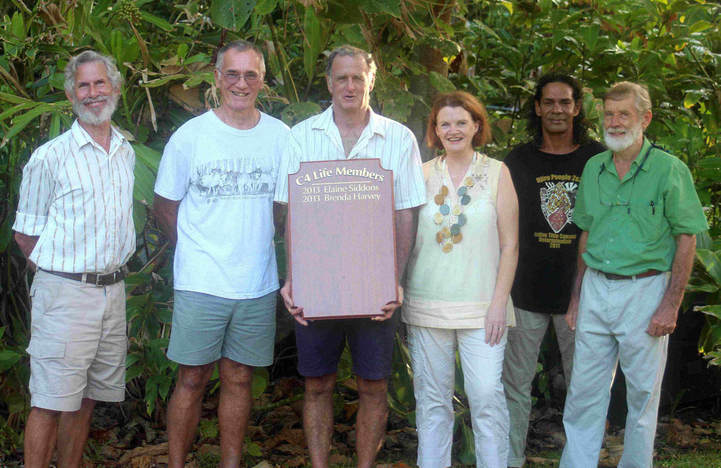 A new research network website http://www.wildliferesearchnetwork.org/ has been launched.  You can also go to http://wildlifetourism.org.au which is their main homepage.